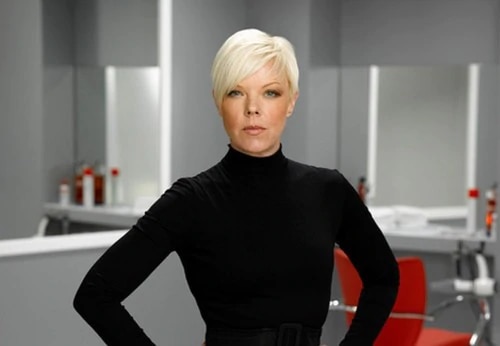 As much as we want to believe our strength as an alpha female makes us desirable, truth is it doesn’t always work that way. We believe that as strong and successful women, we can get things done more efficiently and better than our male counterparts, we don’t give them the power that they are used to—especially when we enjoy that very power ourselves.

This kind of power is usually considered masculine power rather than feminine power, which is something that men definitely do not care for, as many complain that they wind up feeling controlled by their women and emasculated.
Men want to be with a woman who lets them be the man and take control. Women in their 50s worked hard to get to where they are at in life and when it comes to dating, they often find it difficult to relinquish that control.
Here are five reasons why being an alpha female does not appeal to men:

Men want a woman who is intelligent and can think for themselves.

A strong man wants a woman who can think for herself and doesn’t shy away from intellectual conversation. While an alpha female can do these things, she often doesn’t know when to let the man take control and assert his masculinity. This especially comes into play when out in public settings and she undermines everything he says.

Men don’t want to be controlled or corrected.

This goes hand in hand with the statement above. When a strong female tells a guy that she supposedly is interested in how to do something, especially if it comes to his work or something that he is knowledgeable about, he doesn’t appreciate it. It makes him feel inadequate and less than great. Remember ladies, a man, no matter his age, wants to be your hero—not someone else for you to cut down.

Men want a partner, not a competitor.

When you’re an alpha female, you will probably seek to take the lead in a lot of things. This can especially be troublesome if you are dating an alpha male, as both of you are going to want to take control of things. Men want to be with someone who will share burdens with, not someone who will make life an ongoing competition.

Overgiving is a masculine quality.

Alpha females tend to give whatever she can to whomever she can—including the men in her life. While most people would see this as a caring quality, and alpha male would see this as a threat, as it is generally the alpha’s job to be the provider and protector in any coupling. When the alpha female takes on that role, he often wonders what he is in the relationship for.

Men are masculine and it is in their DNA to want to provide for their loved ones. However, when you, the alpha female, can do that on your own, and remind him of that on a regular basis, he often feels like his role in the relationship is being undermined and makes him feel unneeded. This isn’t a good thing, as he may want to seek out a woman who does need him.