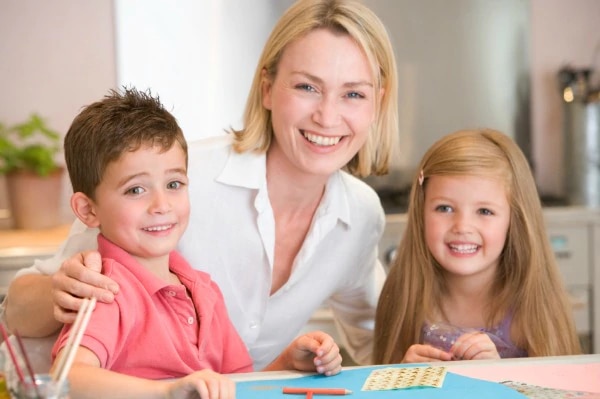 Typically, when you see a single mom on television, in the movies, or just someone you know personally, they are the subject of some kind of pity party that they may or may not be aware of. Which is interesting because you may or may not be surprised by how many single moms there are in the world. These unsung heroes tend to be under a microscope, but rarely do they ever get the credit they so rightly deserve.

Here’s 8 reasons why you just may want to give them the praise they rightly deserve.
1. Single mom’s don’t have to be negotiators unless they want to. Any decision that has to be made in the house or how your child is raised is all done by her. She doesn’t have to play the good cop, bad cop routine because she is the judge, jury, and executioner if you will. The one down side to this is that you’re going to probably get a lot of resistance and “It’s not fair!” complaints.

2. Single moms are prime role models for independence. Single moms tend to have to do a lot of on the job learning because there isn’t anyone else around to help out. This means if she has to put together some complicated new toy, she will YouTube it and figure it out. She doesn’t have to call someone up to help her unless it is absolutely necessary. When kids see mom doing this, they are more likely to pick up on the independence and follow suit.

3. Being single lets you catch up on sleep. According to the National Sleep Foundation, people who sleep with a partner generally uses 50 minutes of sleep every night. While this may not sound like a whole lot, it can be detrimental for a single mom who always has to be “on” and alert—especially if you have little kids running around.

4. Single moms own their bodies. Within the first few years of marriage, women tend to gain 5 to 8 pounds, according to a study conducted by Cornell University. If you’re unhappily married, the same study shows that you are more likely to gain 54 pounds within the first 10 years. Single moms, however, never have to worry about choosing the gym over cuddle time with the partner. They also have the ability to sleep whenever you want to without having to worry about being prodded by needing hands or be questioned on your wardrobe choices.

5.Single moms are super heroes. More often than not, children of single moms are more likely to look up to them in awe because they are amazing. After all, not everyone can whip up 5 dozen cupcakes in one night and still get the kids up in time for school. Single mothers have to be versatile so that they can be the baker, but also be the alarm clock, the chauffeur, the chef, the accountant, and everything else in between.

6. Fighting for survival creates a tight-knit family unit. People may claim that this kind of environment isn’t good for kids because they have to grow up too soon. However, many believe that because there is only one parent taking care of the household, everyone is responsible and they all have their role to play in keeping the household running smoothly. This could mean that the older children will have to look out for the smaller ones or help them clean their rooms.

8. Single moms are empowered. Single mothers are able to look into themselves and find the strength to be able to give their children everything they can. This means they are constantly growing and evolving, finding ways that they can improve themselves for the betterment of their children. These single moms feel a much stronger sense of self-satisfaction when their children are able to overcome great hurdles that may otherwise hold them back. That right there is a great thing in itself.