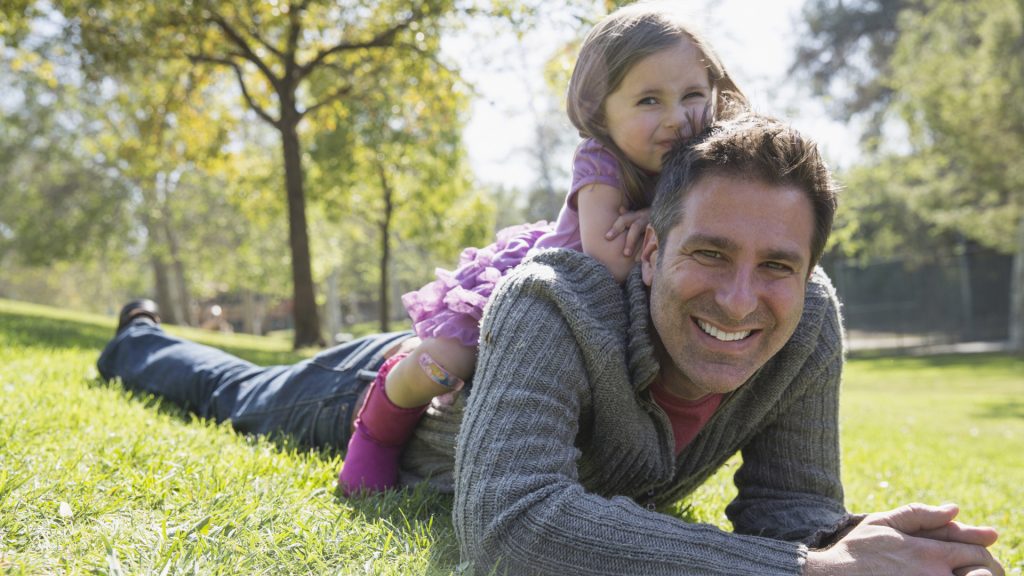 Did you know that over half of all marriages will end up in divorce? With such high statistics like that, it’s no wonder that there are so many single parents out there.

With that said, ladies, you better get used to the idea that you may be dating a man with kids of his own. Granted, it doesn’t mean every guy you date will have kids, but there is a chance of it happening, so you should prepare yourself for the times when you are going to have to get to know his children. Here’s how you can get to know his kids in a way that is natural and doesn’t make anyone involved feel awkward or uncomfortable.

1 – Understand you aren’t the only person vying for his attention.

As much as we may not want to admit it, you are probably going to feel little pangs of jealousy when he tells you that you aren’t going to be able to meet up because he has something to do with his children. Remember that it isn’t because he doesn’t want to see you, it is because his children come first and you have to be okay with that.

2 – Accept that your boyfriend may not introduce you to his kids right away.

When it comes to children, single parents are going to be reluctant to introduce their new partners right away. You’re going to have to let him be the judge of when it is the right time to have you and his children meet. You don’t want to pressure him, but you also don’t want not to mention it. Let him know that you’re interested in meeting them, especially if you like the guy.

3 – Never introduce yourself as the “girlfriend.”

At introduction time, you should let him make the introductions. Don’t be taken aback when he calls you a “friend,” especially if the children are younger. When he calls you a friend, he is taking some of the pressure off of the kids and allows them to get slowly used to the idea of their father being with a woman who isn’t their mother. This is especially important if the divorce is still relatively fresh.

4 – Be willing to take things slowly with his children.

You aren’t going to be best friends with his kids a few weeks after meeting them. Chances are it will take a bit longer than that for them to be comfortable with the idea of their father dating someone new. So in the meantime, sit back and be yourself. Let his kids see you for the fun person that their father sees. They’ll probably try to test their boundaries with you, but don’t let them take advantage of you so that you can win their favor.

5 – Don’t shy away from spending one on one time with them.

As the relationship becomes more serious as time goes on, you should be willing to spend some one on one time with his kids. This will give the kids an opportunity to get to know you without the watchful eye of dad, but it will also give you a chance to have a bit of fun too. You can spend time together by going roller skating, to an amusement park, or even just going out for lunch. These activities may not seem important to you, but it’ll show them that you care about their happiness just as much as you care about their father’s.