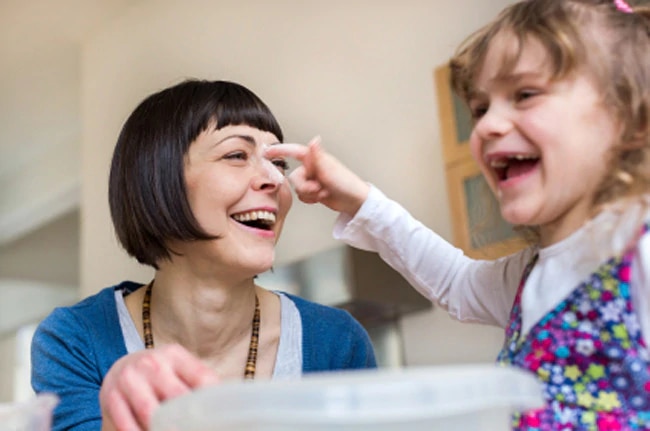 Finding a date as a single father is no easy feat, especially when you are trying to date a woman who doesn’t have children herself. Here are the top 10 reasons why women are afraid to date a man with youngsters running around at home.

1. Not Having an Open Mind About Online Dating

As a single father, you will have a lot on your plate and you may not have the time to focus on your love life. Because of this, online dating is a game changer. Did you know that one in three people in the US find their partners online? Online dating is a great option for single parents in general because you can meet a lot of people on your own time, talk to as many people as you want, and choose to meet up when you are ready to do so.

2. Not Being Upfront About Your Children

More often than not, single dads tend to keep their children a secret until the “right” moment — which usually is too late. They want to make sure the relationship is solid before they bring anyone around to meet the kids, which is understandable. However, it is unfair for the other person because they may already have feelings for you and when you surprise them that you have children at home, they may not be ready for that level of commitment.

3. Introducing the Kids Too Soon

At the other end of the spectrum, you have some single dads who want to introduce you to the kids too soon. What many single dads fail to realize is that if you bring your new partner around too soon and the children become attached, you won’t be the only one dealing with heartache if the relationship doesn’t pan out. Your children will feel the pain also.

We have all been hurt before by someone that we loved. We give our hearts to someone and then when they crush it under the heel of their boot, we may feel like we can never love again. That isn’t the case though. The only thing that holds you back from moving on and dating someone new is your own fear. While you may have experienced heartache before, you owe it to yourself and to your children to put that fear behind you and try dating again.

Of course we understand that the mother of your child will always be a member of the family, a mistake single dads tend to make is allow her to dictate the new relationship. As the one in the relationship, you have to be able to tell your ex that she has no say in who you are in a relationship with.

7. Expect Your New Girlfriend to Babysit

Single dads often make the mistake that their new girlfriend will be more than willing to babysit the kids. While she may not mind doing it every once in a while, you don’t want to make it a habit. She’ll start wondering if you are dating her because you like her, or if you see her as a child care provider that you don’t have to pay.

8. Comparing Her Child Skills with Their Mother’s

One thing single dads may forget is that if the new woman they are dating is not already a mother, she may not have good parenting skills. Unfortunately, many women don’t have the maternal instinct until she has children of her own — try not to hold that against her.

Women don’t like to date a guy that uses his children for sympathy. You don’t want to be that guy who is always bad mouthing the mother because she left the kids with you. For her, it’s just not a comfortable situation to be in.

10. Give Her All the Attention

You never want to give her more attention than your children, they should always come first because they are the one true constant in your life. Unfortunately, some single dads tend to forget this and they focus all their attention on the new woman in their lives.