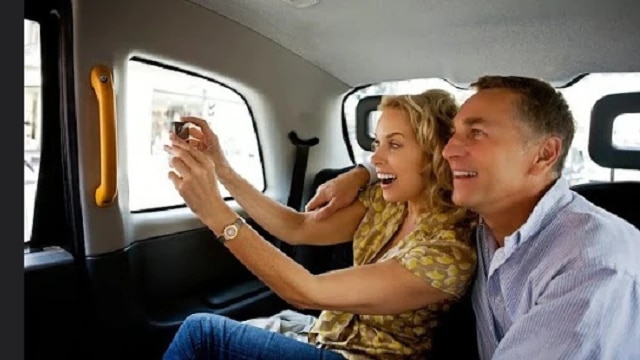 Ditch the pearls, crochet needles, and house dresses, because baby boomer men love these qualities of an older woman.

1. Older women don’t put pressure on the guys they date.
If you want a surefire way to ruin a relationship with a man is to put pressure on him. Older women have learned that men don’t want to feel pressured to do anything that he isn’t ready to do, whether it something as simple as going to see a movie or something as big as getting married or have children. “Because she’s not at an age where her biological clock is ticking loudly or all of her friends are just getting married, the desire to settle down isn’t an older woman’s main romantic goal,” explains Jennifer Bidwell, a dating and relationships coach in Washington, D.C. “This is a huge reason why a man — especially a younger one who isn’t completely ready for all of those life-changing experiences — will be attracted to someone in her 40s or 50s.”

2. Older women understand that it’s class that attracts a man, not crass.
Even though you may think that flaunting your body and being provocative will get a man’s attention, the truth is men want to be with a woman who can be classy. “Sadly, skanky going-out behavior seems to be the norm amongst many young single women these days,” Bidwell explains. “It may be alluring on a purely ‘I’d like to sleep with her’ level, but no man I’ve ever met wants to enter into a serious relationship with a woman who struts into the bar with her boobs falling out of her dress, gets sloppily drunk, or seductively dances on tables at a club.”

3. Older women have plenty of experience in the bedroom.
You don’t get to be a certain age without having some sexual experience. Younger ladies are still hung up on how their body looks and they may not know what it is they like in bed or how to please a man. An older woman has the art of seduction down—she may even be able to teach her younger counterpart a thing or two in the sack. “There are countless books, videos, websites and even blogs on these techniques, all of which can be accessed in the privacy of your own home,” Bidwell advises.

4. Older women can pay for the date and may even want to do it.
Typically it is the man’s “duty” to pick up the tab, but for some guys it is incredibly sexy about a woman who has the financial means to pay on a date. If you are on a budget, you can still wine and dine him. “Look for deals at hot restaurants or destinations offered through sites like LivingSocial or Groupon,” Bidwell suggests. “Make a reservation for you and your date, but call ahead to cash in the voucher; that way, it’s already been taken off the check once the bill arrives for you to pay. You’ll look like a big spender, but he’ll be none the wiser.”

5. Older women aren’t shy about making the first move.
Older women know what they want and they aren’t afraid to go after it—even if it means getting frisky with a man.  “Forget The Rules — what makes these women irresistible to men is their assertiveness,” says Bidwell. “Sometimes, being in the passenger’s seat and not the driver’s seat is the biggest turn-on for a man. I can’t tell you how many men have told me that they find it incredibly sexy when a woman confidently approaches to say that she finds him attractive, offers to buy him a drink, or even tells him what she likes in the bedroom.”