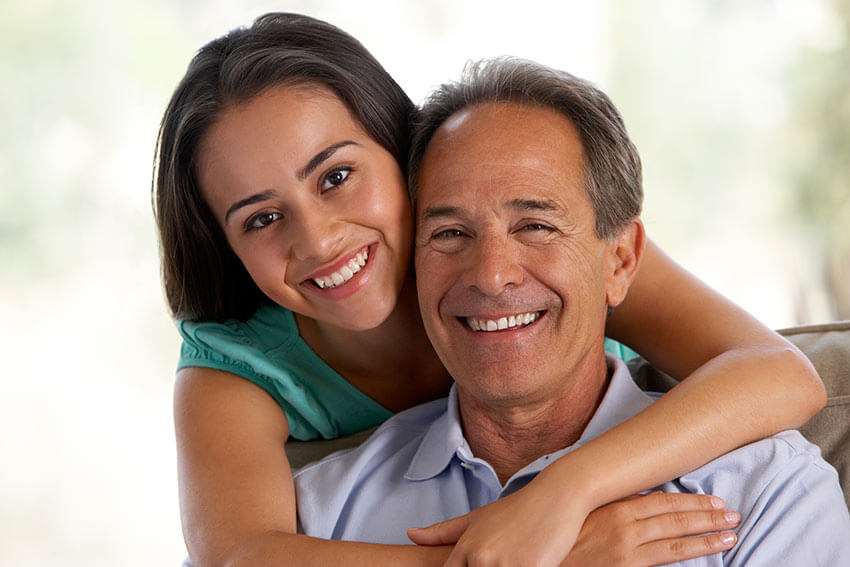 Dating as a mature adult can leave you with some questions on how to proceed, especially if he has adult children. When you’re dating someone with grown kids, you’re going to have to understand that he still has to be the parent and sometimes this obligation will get in the way of any plans you may make.

You might even have to have some relationship with them and interact with that part of his family more than you may be comfortable with. With that said, you shouldn’t let these things deter you from pursuing him. Here’s how you can keep your man and respect his adult children without feeling like an outsider.

1) As the new woman in his life, you are within your rights to ask about the relationship you have with your children’s mother. You should find out what lead to him to being with their mother—whether he left when the kids were young, and he is just now reconnecting with them, their mother passed away, or even if they talk on a regular basis due to the children.

2) You should try to understand the kind of relationship he has with his adult children and get to know them as well. Ask them questions about their childhood, ask about school, where they go to college if they have kids of their own. These types of questions show that you are interested in getting to know them and that you’re making an effort to show that you aren’t going to hurt their father.

3) Reflect on how your boyfriend is with his children and their mother. The way he is with them could greatly impact your relationship with him. For example, if he is very much involved in their lives and their mother is always around, could this elicit jealous on your behalf? The simple truth is this, if you are uncomfortable with the idea of being the second most important woman in his life, you may not be able to be in this relationship.

4) If you haven’t met the grown children yet, you don’t want to rush into it. Agree to meet the children at the right time. Since the kids are adults, you’ll have to talk about adult topics, so be prepared to discuss topics that you would with your friends, rather than topics like cartoons, art class, and playmates.

5) Never try to take on the role of their mother. Grown children aren’t in need of a second mother, so there is absolutely no reason to try and fulfill that role. Instead, act like a friend to them. Now that doesn’t necessarily mean that you should bar hopping with them or going on crazy vacations with the kids, but it does mean that you should let them know that they can come to you for anything they need to, and there won’t be any judgments on your behalf. After all, everyone involved is an adult, and you would expect everyone to act accordingly.

6) Let your man be their father. Even though you might want to spend every moment with him, you’ve got to let him spend quality time with his kids. Yes, even as grown adults, they still want to spend some time with dear old dad!