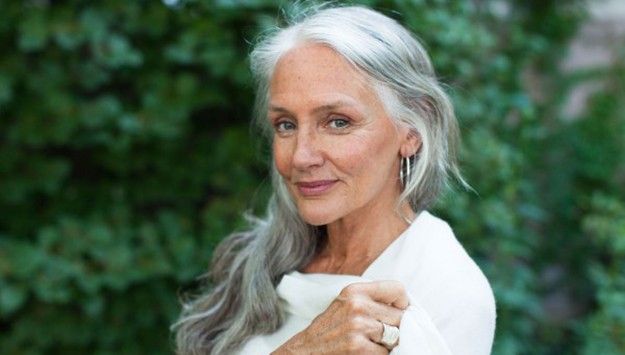 They believe that a woman’s worth is in her appearance, but we all know that is far from the truth, and there is much more to a woman than her appearance. Here are a few qualities that men grow to love about women as they get older.

1. You are nurturing. He knows that you aren’t going to replace dear old mom, but he knows you won’t mind taking care of him if he has a stomach virus, or that you’ll pick up his favorite beer when you know he’s having a bad week. These little things don’t mean a whole lot to a younger guy, but to an older man, they can mean the world.

2. You are calmer. Younger folks tend to fly off the handle over the smallest things. They also tend to get themselves in the middle of a bunch of drama that older men, otherwise, would prefer to steer clear from. Older men love a woman who can keep calm, cool, and collected under any situation.

3. You are tidy. When you’re living with an older man, he’ll appreciate your need to keep things neat and tidy. Younger men might feel like you are being a drag when you yell at him for tromping through the kitchen with muddy shoes after you just mopped. An older guy? He wouldn’t even dare walking inside with dirty shoes!

4. You are smart. Young men care about looks when an older man is able to appreciate your intelligence and may even love you that much more for it. Young guys can get away with going out with someone and not having deep conversations with them, but for an older man, he needs someone with substance and a brain that knows more than just pop culture stuff.

5. You are caring. When you’re dating an older man, you can be sure that he appreciates the small things you do to let him know you care. He doesn’t care how you show him, but the very idea that you make an attempt means more to him than you may ever know. Younger men? Sometimes they take your small signs of affection for granted and never truly appreciates them.

6. You are creative. Men can be so difficult to buy for, no matter the age. When an older man is dating a creative woman, he can expect that you will probably have awesome date ideas, are able to create delicious desserts, and always know how to choose the absolute best gifts.

7. You are disciplined. Older men want to date a woman who knows what she wants and has no problems going after it. This is great if you’re an ambitious go-getter who has a ton of stuff you still want to accomplish. You can bet that he will never stand in your way.