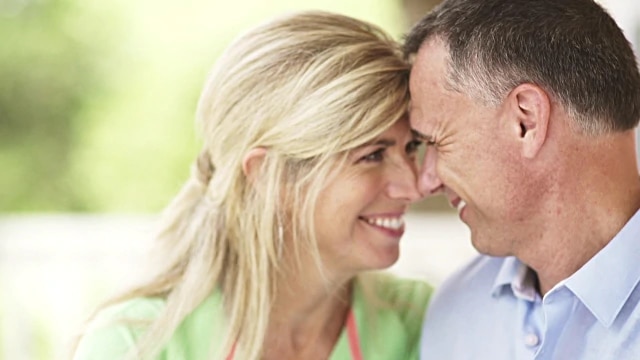 When it comes to dating again after going through a divorce, we know it isn’t going to be easy. For many folks, it might be hard to get into that mindset that you even want to date again, but you also have to contend with women who’s never been married.

Even still, you should know that there are plenty of men out there who don’t care that a woman has been married before or not. Why? Because these men understand that the woman isn’t her divorce. Here are some reasons why men want to date a divorced lady.

1. Every woman is her own unique person. If you haven’t been married before, it’s easy to think that the divorced woman is going to be someone who is broke, bitter, and is going to be difficult to get along with. What countless people do not fully understand is that a lot of these women are the complete opposite. They have careers, their own income, and might even be happy to be single again.

2. She is single. The fact that she is single is the most obvious reason why dating a divorced woman sounds like a great idea. You know for sure that she isn’t taken and that she might not mind being asked out on a date. For lots of folks, divorce gives people the chance to have another go at finding love that is going to last—unlike the previous marriage.

3. She has learned a quite a bit about life and love. Some people assume that if you’ve gone through a divorce, you are a failure. This isn’t always the case because divorces can be a great chance to learn a few things about relationships and life. Women who’ve never been married may not fully understand how much work goes into a marriage and is apt to make mistakes that could be damaging to the relationship. Divorcees, on the other hand, have been there, and they are likely to be more attentive to her spouse and their feelings. She understands that for the relationship to work and thrive, compromises are going to have to be made, and communication is always key.

4. She will be less demanding. A woman who hasn’t been married may be looking forward to getting married because she has an elaborate dream wedding planned and some fairy tale idea of what married life would be like. A woman who’s been through a divorce, on the other hand, has already experienced the excitement of a fanciful wedding, and she knows what married life is like. Yes, she may want to get married at one point, but she isn’t in any rush. She understands that there are much more important things to spend a couple thousand dollars on than a grand wedding. Men who aren’t keen on the idea of an expensive wedding, perhaps a divorced woman is your ideal type of gal.
Ladies, if you believe that you are wearing a proverbial scarlet “D” on your chest, and no man would want to date you, rest assured that there are plenty of men out there for you. Don’t give up hope!