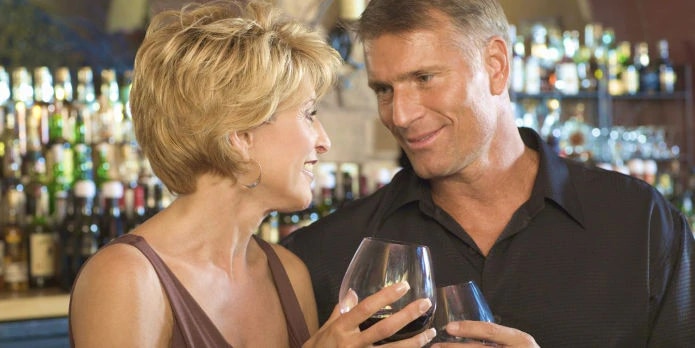 The butterflies in your stomach… constantly thinking about them… and the shameless bragging you do to your friends. You may think it’s too good to be true, especially at your age, but it’s quite possible you’ve fallen in love again. Who would have thought? It’s quite rare to find “the one” in the middle of your life, but it does happen. Here are some telltale signs it’s happened to you.

Your last relationship ended… well, horribly. After all was said and done, you made a secret vow to never fall in love again. Despite all the self-convincing you did, however, here you are, and isn’t it wonderful? You may be kicking yourself in the pants for letting yourself feel this way again, but at the same time you can’t help but feel it’s going to be different this time around.

They might be a tax attorney, and you might be an orthodontist, but the two of you can’t help but act like children around each other. And who would have ever thought it would be this much fun?! Others looking in may perceive you guys as foolish, but you couldn’t care less.

3) But you can still be mature when it’s time…

A fight with their brother? You’re there. Hard day at work? You’re listening. Just want to read the newspaper? Yep, they’re definitely down! Although acting like a kid is fun, you are an adult, and have no problem playing that role together when it’s time.

Sometimes you bicker about things that probably aren’t worth bickering over, but in the end you know you’re still into each other. The two of you share the same level as comfort that an older couple has, so bickering is just a side effect. In addition, quiet nights with a book sometimes sound like more fun than a night out, and neither of you have a problem admitting that!

5) Your family adores them

Your family gets them, and they get your family. In fact, it’s almost impossible to bring them to any family gathering without having them whisked away, never to be seen again (or for the rest of the night, anyway).

Even if this person is quite new to your life, you feel as if you’ve known them forever. There are no secrets between the two of you, and filtering what you say is a thing of the past. Again, you feel that certain level of comfort which is usually only achieved through years and years of knowing someone.

7) You want to take them through to the end

The real sign that you’ve met “your mature match” is if you could definitely see them staying in your life until “death do you part”, just perhaps without having to make the vow. Wherever life takes you and whatever you may have to overcome together, you just want them to be there.