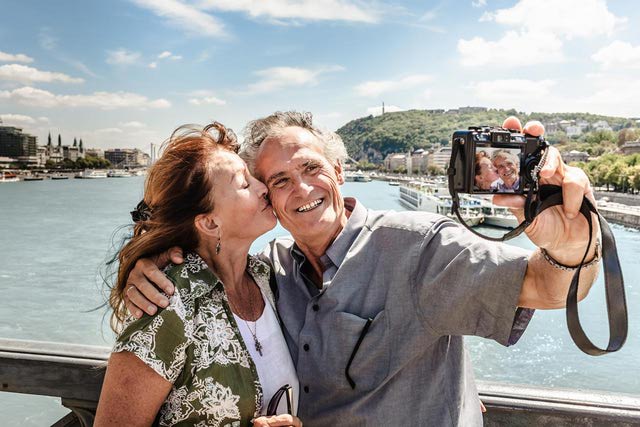 You might think that we are crazy when we say there are some awesome benefits to being older than 50, but hear us out.

Here are some awesome benefits for being older than 50:

• If you want to take your date anywhere fun, like a museum, the movies, or anywhere else for that fact, you don’t have to worry about the price because most of these places offer a senior discount. This discount means you can do more things without going broke.

• You don’t experience that awkwardness of not knowing how to respond when someone flirts with you and you aren’t interested. When you’re younger, you don’t want to be rude and ignore them, but you also don’t want to respond in a way that would encourage them to continue to flirt. Now that you’re over fifty, you don’t get approached as much, which can be a relief to some.

• Women who are older can rest a little easier when they go out into public. They are less likely to be bombarded by sexual comments from crude men who don’t understand how to respect women (let’s face it, if you are catcalling women you don’t know, you probably aren’t capable of respecting a woman anyhow).

• You are more likely to have extra cash, thanks to that pesky mortgage finally being paid off. This extra money can go toward things like going on vacations, savings, or simply pampering yourself and expanding your budget a little so you can live a bit more comfortably.

• You don’t live for decades without learning a few things about life. Younger folk come to you for advice, and if they don’t know you can still give it to them and, although they may not listen to it right away, they’ll look back on what you’ve said and be like, “Damn, I should have listened to them.” When you have the chance to say “I told you so,” it can be so satisfying.

• You can “forget” to attend that family function you weren’t interested in attending, and no one would get too worked up over it. It’s a common belief that with old age comes forgetfulness, which is true to an extent. Or, is it? We’ll never tell.

• As your eyesight wanes, you can turn a blind eye to the negative spiral your looks take. You won’t notice the wrinkles, age spots, and spider veins nearly as much. Also, who cares if the corners of the house have cobwebs? If you can’t see it, they don’t exist, right?

• When you’re driving along the highway, and there are random police checkpoints, you’ll rarely (if ever) get stopped. Who would think a little old man or woman would be doing something illegal? No one! So take that, you hippy dippy kiddos!