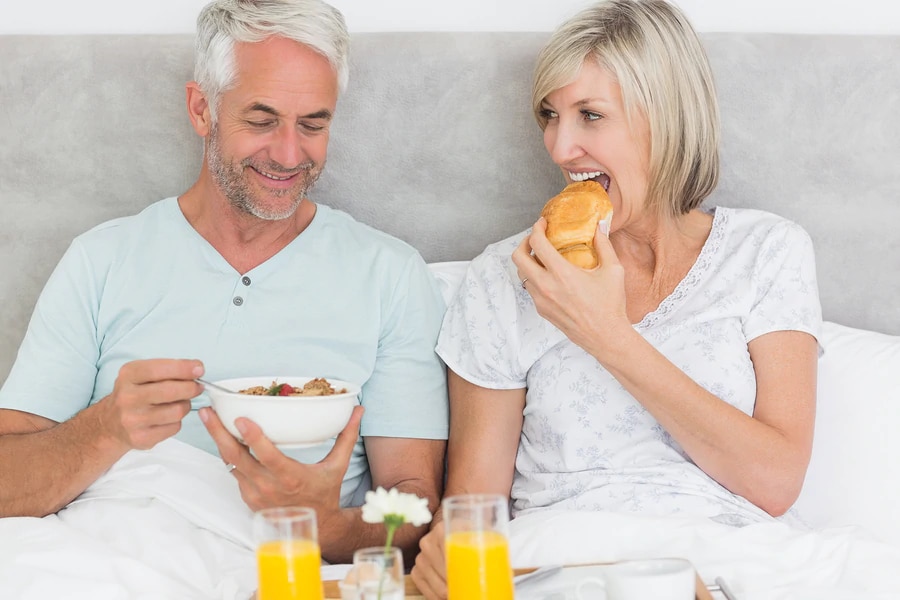 Since there is no formal training on understanding men, many of us ladies make huge mistakes when it comes to being with them. The biggest problem I see is in emasculating them, and this is especially relevant with men over the age of 50.

This article should be used as an arsenal of tips which you can immediately apply to your dating life. They tried, tested, and sure to work as long as applied correctly, so read carefully!

Give out a little bit of encouragement

Lots of men, especially over the age of 50 are surprisingly insecure when it comes to ladies. This is due to the fact that they’ve been shut down so many times before and are probably scared of making the same mistakes. If you find a man that catches your eye, encourage him to come talk to you by catches his eyes across the room or smiling at him.

Realize that men are men

Men do not know how to communicate with women nor do they understand how we think. If you date them under the belief that a light switch will finally turn on in their heads, then you’re bound to be met with disappointment.

Have standards, but don’t be demanding

This is especially true in the online dating world – the biggest complaint men have regarding women is that they are far too demanding. Whether it’s listing what sort of car they must drive or what kind of salary they must make, it’s a huge turn-off. They’ve already been under too much pressure of this kind of stuff from bosses and ex-wives, and they’re probably looking for a bit of a change.

Men love when you compliment their masculinity

Despite what nonsense-flinging feminists may have you believing, men are not excited by the idea of having to compete. This doesn’t go to say that you shouldn’t insert your dominance, but instead that you should embrace your true feminine power. This feminine power compliments a man’s masculinity and is what drives him to do better and improve. Finding it within means you’ll have a man hooked for life.

Let them do nice things for you

If a man offers to do the dishes, you should gracefully accept rather than bicker over the fact that “you could do it better” or “he isn’t doing it right”. When a man offers to do something for you, he only hopes to make your life easier with his sheer kindness and initiative. Turning his kindness down will only end up pushing him away.

Cheesy movies and romance novels may have led the majority of us to believe that men express their love through the use of words, but this is rarely the case. Men are biologically programmed to show their affection through actions. So, the next time he’s not so sure what to say watch what he does instead and you’ll end up much happier.

They show it in the way of offering to change a light bulb or holding the car door open for you. Take note of these sweet things they do and never let them go unnoticed. All they ask is a thank you in return to know their efforts are appreciated.