Home
Maturedating Blog
Mature Dating
Why Do Some Men Fear Of Commitment? 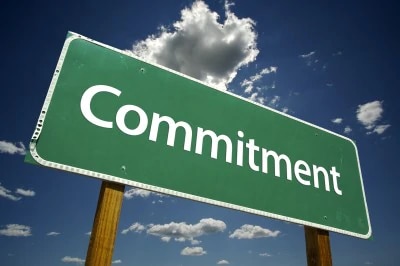 It can be frustrating dating someone who you get along with really well and wanting to take it to the next step, but he simply refuses. When you understand why he may be hesitant about going to the next level in your relationship, you’ll be able to decide if you want to stay in the relationship or break up and move on.

Lots of men find it difficult investing all of their emotions into a relationship because they’ve experienced rejection before. They could have felt really strong feelings for someone but they didn’t quite care for him as much. This, understandably, would have caused severely hurt feelings and that amount of rejection would be too much to bear again.

Fear of Changing His Ways

As men go through life, they become set in their ways and aren’t so willing to change. When they are in a relationship, they are still able to keep living a particular way that they’ve grown accustomed to; however, when there are talks about taking the relationship to the next level, they balk and feel like their way of life will be compromised. This also means that he might even be afraid to live a life that is better than he currently is living simply because it is an uncertainty.

Some guys think that when you take a relationship to the next level, they are going to be required to jump through hoops or perform some incredible acts of bravery. They have the notion that they won’t be able to live up to some imagined expectation and thus be a disappointment to their partner.

Many men have been raised to believe that they don’t need help from anyone. They are expected to be able to care for themselves and not lean on anyone for help. Because of this, some guys feel that a relationship is a way to care for someone while others see a relationship as mooching off of someone else. This alone is why some guys don’t want to commit because it makes them feel like they are being cared for.

Some guys dedicate so much time, effort, and energy to the life they’ve created for themselves. This particular man could have a successful career and pretty financially stable. Some men don’t want to share this level of success because they are afraid the partner they do find will take advantage of them.

Fear of Losing Sense of Self

Not only are men afraid that their lives will change, but they also are afraid that they, themselves will change. Often times men have a particular image of a committed or a married man and that isn’t something they are comfortable with. They feel that once they become committed, they will become that person they do not want to be.